On the way to the promised land 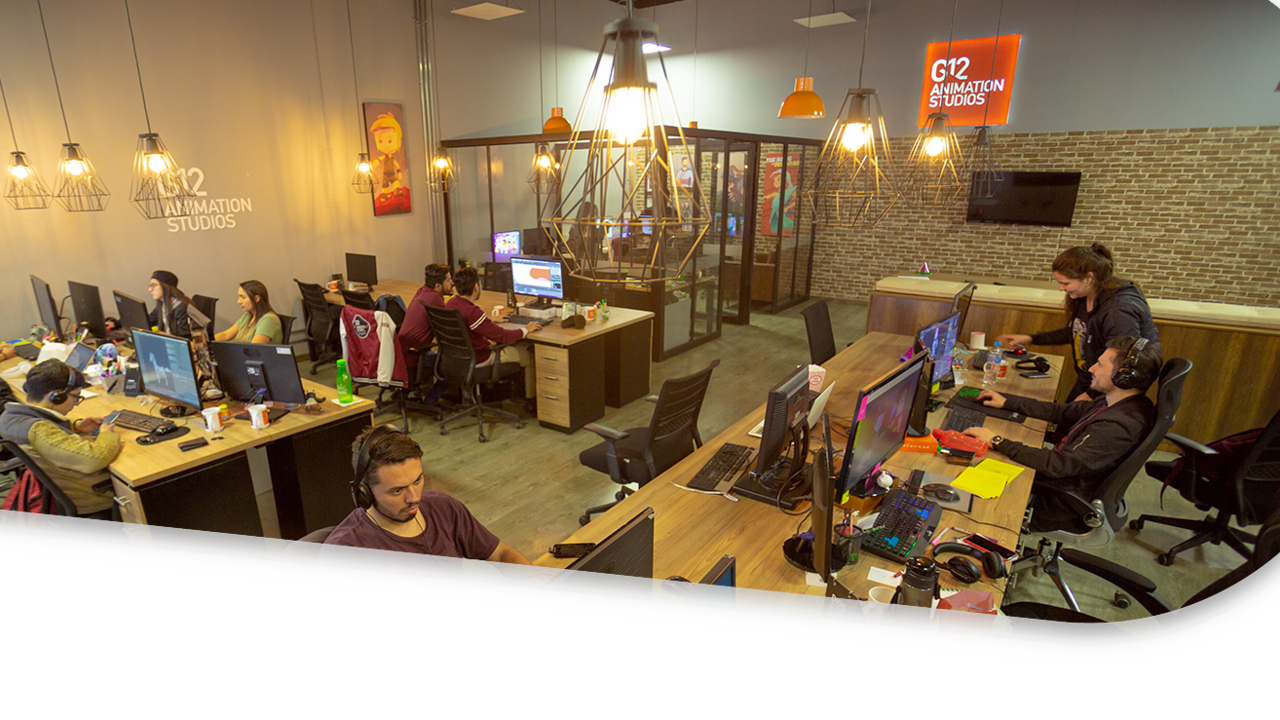 As the animation team, we seek to be extreme dreamers. We always have faith in the promises of God, even without being able to see them. And that’s how things work in animation. Even though we may be working hard on a scene, there is a time period where we see nothing. There are only extreme and strange movements and no color; everything is gray! But from one moment to the next, everything is finished and it is even better than we had thought.

The dream of creating fun and educational videos for children grew in the heart of our director, Diego Gomez, and three other people, who laid the foundations for the department. For many, it might seem the furthest from a perfect start; we were using borrowed computers, stationed up in the attic of the building, with a lot of questions and no clear action plan. What we did have was faith in the dream God had given us.

On the path we’ve walked as an animation studio, God took us through the desert; to the unknown, to the small and narrow. But now, He is taking us into the Promised Land. We had never had a place of our own and, for a couple of years, the spaces we were in were so small that our team was divided into two sections, so our biggest communication tool was instant messaging! If we had a question, no matter how small, our options were the internet or to go to the other office, which was on another floor. Although it sounds like it wasn’t too far, when you only need to ask about a color, or when it’s as complex as the intention a movement, a floor feels very far away.

All of this time, we have been dreaming of the place that God wanted to give us. A large space where we could work collaboratively and with areas where our creativity could flow; an area where we could see the progress of the scenes, the episodes and the songs when they were ready. We were always thinking about this...we dream a lot! We knew God had given us a promise, that our Father would meet our needs and would do it in the best way. We made plans with many different places in mind. But, as it has always been, God had a much better idea.

Our new office is at least three times bigger than we had imagined. It has an incredible design that allows us to be creative where each artist has a comfortable space. We have a boardroom where we can project and see our work together. We have specific spaces for the needs of the directing, post production and lighting departments. God's plans are definitely always better than ours! With every new idea and every dream we had, God was stretching our faith more and more, allowing us to believe in order to receive what He had already dreamt for us.

As a studio, we learned that God’s timing is perfect. If we had acted according to logic, the result wouldn’t have been a miracle, but the fruit of our hands and it definitely would not be what we have today. Despite having taken so long, we never stopped dreaming. When a door closed we didn’t stop believing, but we knew that God had the very best for us. What God gave us is perfect!